Melee Weapon Packages for the BAT 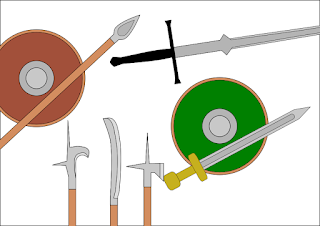 Action 4 is among my most useful Gurps books. Its a great way to build characters quickly, either for NPC's who need more than the basic sketch, For one shot PC's that will be used only once, or for figuring out the capabilities of a tricky character. The Basic Action Template (BAT) (or another basic template) provides a starting point for the character, and then "Packages" are chosen to add capabilities.

One package in Action 4 is rather non-descript: Obsolete weapons. Rather than providing any real guidance, the template says to get enhanced parry, and then spend 12 points on skills and 8 points on techniques in the weapons you want. Flexible, but uninspiring.

Historical games are rather tangential to the main topic of action, but I find myself using the BAT and its associated packages for more and more. (see ICOPs, Gurps Action, and the BAT). The BAT can do more than just action, and It can do better than building "obsolete weapons" packages from scratch each time.

But there is a Gurps product that gives advice on building specific types of warriors: Martial Arts. Martial Arts has a list of 113-ish "styles", detailing how to buy skills and techniques to fight like almost any warrior in history. Using that as our guide, we can make more nuanced packages for the BAT.

We will rundown the classic melee weapon systems of history, with something of a European emphasis. We will cover: 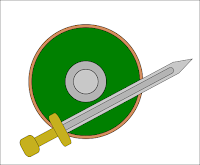 Perhaps the most straightforward weapon combination in fantasy, sword and shield is surprisingly uncommon in history. This package can be adapted for a shield and axe style by simply swapping the sword for an axe (an axe/mace/club style does not appear in martial arts). This package is very defensive, with a high block score. 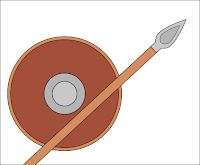 While martial arts has separate styles for Greeks, Roman, and Viking shieldwalls, they are all based off the same basic skills and tactics, presented here. This is the most common type of soldier in European history. Roman legionnaires can be represented with this package, with the spear switched out for a short sword, or even just added from the slush fund (the emphasis on the thrown spear makes them closer to this package than sword and shield). Despite the military nature of this package, the actual skills of being in an army, like hiking, saviore-faire(military), and soldier, are not included, keeping it a pure combat package.

* add a point to the slush fund

A weapons system more common in fantasy (or fantastical retellings of history) than history, the two handed sword is a flexible weapon system that offers both cutting and impaling damage at both reach 1 and reach 2 in the same grip, along with a focus on an expensive and prestigious weapon that doesn't have to share the spotlight with a shield. The package is based on the Kenjutsu style, which is for a katana, but can easily be applied to European or European-based Fantasy weapons like a great-sword.

Perhaps the most basic of all weapon systems, the two handed spear is famous as the weapon of the common soldier. Skilled Two-handed spear wielders are noted for quick work with their hands,  and heroic depictions of the weapon tend to be very showy. The spear is used for both offense and defense, and the expert can rapidly change grips to emphasize or the other. 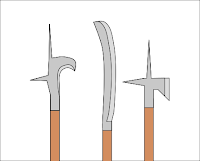 The primary choice in this package is which polearm you specialize in. There are a lot of polearms in the world, and while the polearm skill allows you to use all of them equally well, the techniques and perks tend to specialize around specific heads. Some are noted for their ability to hook opponents, others for their reach, and others for their impressive damage potential. Polearms are often distinctive to a region, and Polearms are especially notable as tools for dealing with armored foes.

This package has options from all of the fencing styles in Martial Arts. The choice of the second skill informs a lot about the style of fencing the character is skilled at. Do they fill their off hand with a second weapon, as in the old styles? or do they embrace the acrobatics of popular fencers on the silver screen? Did they learn it as a hobby? or perhaps they need an instantly available weapon when going about their business? This package can be tailored for each swordsman's period and style.

This is a mounted warrior who relies of the shock of the lance to win his battles. This includes the classic knight of the high middle ages, as well as a smattering of other warriors in the annals of history, showing up as early as late antiquity and persisting as late as the 1800's. It takes a lot of time and effort to train a knight, and it shows in this template. The basic tactic of this style of warfare is to charge the enemy with the lance, using the weight of the horse to drive the lance home, and both quickly closing with the enemy and withdrawing. They can also fight at a stand still with their backup weapon.

Almost all ancient warriors are wealthy for their society, but mounted warriors take an especially large amount of wealth to train and field.

If taking two packages of knightly mounted combat, use the following: 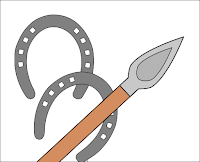 This package is a mounted rider who relies on the mobility of his horse rather than its strength, but still engages in melee combat. A premium is placed on horsemanship over raw weapons training. This includes early knights, but it also is suitable for greek and roman cavalry, and many "Tribal" mounted warriors who don't use ranged weapons. The riders of many exotic creatures in fantasy may also use this package.

While the BAT comes from the "Action" series and embraces the cinematic, these packages do not, being more in line for a Martial Arts campaign (with weapons) than an action campaign. There are no cinematic techniques, but there are an abundance of mundane techniques. Most techniques should be bought up to their maximum in order to be effective, and having a list of possible techniques made it difficult to get every technique at the optimal level, so a good number of techniques should be shored up with one or two points from the slush fund.

I hope you find these packages useful in building your characters!
Posted by Eric the Red at 2:24 PM