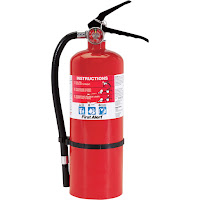 In my recent games I've started giving out '10 points of flavor'. These are to be spent on things the player doesn't expect the character to use. I view them as a tool for fleshing out a character, and hopefully for reducing the tension between building a realistic character and working with a low point budget.

What people buy with these points varies. Area knowledge (home) is a common choice. Its only valid if the action doesn't take place their, but it lends a fair amount of flavor. I've seen an awful lot of people buy games. The specialization is usually video games, table top games, or chess. High Academic skills often get thrown in: I had one guy buy History (Occidental magical traditions), and musical skills are common. Animal handling (dogs) is another favorite, used by dog lovers. Cooking and housekeeping show up as day to day skills. I've also seen things like driving in a campaign where the planet is covered in ice (and thus snow mobiles are used). I think the weirdest one I've seen has been Professional Skill (Fire extinguisher maintenance).

Some players have let these skills fall by the wayside, while others have used them well. I had one character who learned a new musical instrument on each world he visited. He, like the chess player, used it to build friendships with NPC's. The fire extinguisher maintenance guy actually used his skill -- as a cover to explain why he was nosing around a school. Each time one of these skills has been used, its been a very satisfying moment.

Some players have struggled with these points, and I've come to start saying that spending them is optional -- I don't want to force additional character building stress on those who don't want it. Others will try to use the points for things that are secondary to character focus but quite useful skills. I kind of like character building, so its not a huge deal for me, but it does add one more thing for the GM to check.

One thing I've found essential is to emphasize that these points are FREE and to refer to the game as '120 plus fluff', not 130 point games. This really helps the player buy in, as you are offering bonuses, not restricting their precious budget. With that in mind, 90 +10 probably isn't the way you want to do this: if you choose a round number as the total rather than the base players will feel that that the point weren't free after all.


I've enjoyed the results, for the most part. It takes a certain type of player, but I look for those types of players anyways. I recommend this method to anyone who wants to see more depth in characters, or to find out a little more about their back grounds. Just a thought. I've enjoyed this technique greatly.